Could my ‘gender identity’ stop me from getting a job?

Transgender and other gender identity statuses are important to more and more young people. Finding and keeping a job can be affected by many things. Tiah Shepherd, a 16-year-old student in her first year of A-Level studies, reflects on equality in the workplace.

Is the workplace even safe anymore?

Working hard and being yourself may not be enough …

As we move into 2018, I find myself questioning if all things have evolved as they appear to be. It’s something that once was shunned, disputed and challenged. Or should I say still is. Today, I am not limited by my female sex, as it stands biologically or outwardly. If I wanted to, I could identify as transgender, meaning that as the BBC explains in a guide to transgender and gender identity terms my gender is different from my “assigned” sex at birth – that written on my birth certificate. Equally, I could tell people that I am non-binary, meaning that I am in fact neither female nor male. 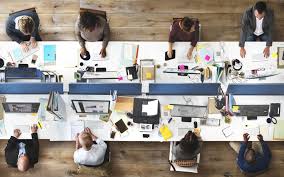 Many would argue we have reached a point where this sense of individual, autonomous freedom is widely accepted, celebrated even. But maybe this acceptance is a lot more feigned that many us would like to think. It is, what I have witnessed from being a right, that is acknowledged positively in many significant aspects of daily life.

So, was I shocked to discover that according to Totaljobs , 53% of trans employees have felt the need to hide their trans status from colleagues? Sadly, no. Was I then shocked to find that the survey also stated 60% have experienced some form of transphobic discrimination in the workplace? Undoubtedly, yes. It is evident, that in spite of most people’s attempts to make universal acceptance a reality, this isn’t the case for society.

Again this sadly does not surprise me. But what does, is that the world of work is not that safe for people to be themselves. Somewhere, that as a professional environment, I believed was protected from the disparities that hinder the prospects of others. The workplace is somewhere where your contribution to an organisation is defines who you are and how others perceive you. By no means should gender affect this.

More than just male and female…

I’m not trans. I’m not gender fluid. I openly identify with what in the simplest sense, health forms, surveys, and quite frankly what public restrooms constitute as female.  I am the girl with the skirt on the door. 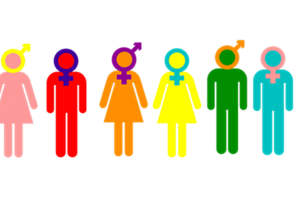 So, what is my issue here? The important thing to bear in mind is that the often coined ‘umbrella’ of terms, now used to convey one’s gender, is where more so than ever, the younger generation find a safe place to belong. When my brother began his transition more than a year ago, I was like most people, who were to a degree roughly familiar with what ‘being trans’ meant. What I didn’t know, also like most people, was actually how much more there was to it. Lyfeproof exists to support young people and of course, this support stretches to all young people.

And ‘all’ really means a lot nowadays as emphasised by the sheer number of articles, explorations and explanations offered by organisations such as Stonewall. Ranging from Cisgender (or Cis), where someone’s gender identity is the same as the sex they were assigned at birth (that’s most of you reading in fact), through to ‘aporagender’ a fairly new word stemming from the Greek ‘apor’, meaning ‘separate’, where one has  “a gender separate from male, female and anything in between” while still having a very strong and specific gendered feeling.

To me, it’s my social peers, my equivalents, my friends, who are increasingly choosing to consider their gender identity in a way that is clearly not bound to the two options, science, history, and rather practicalities limit us to. The thing is,  it’s also these people, that are the pioneers of what is to come. Young people are more than ready and eager to enhance the industries. The research and ultimately the thinking that continue to change and progressively better all our futures.

But, will they even be given the opportunity to do so? That is largely unclear, when the same Totaljobs report disclosed that more than one quarter (29%) have faced discrimination as early as the interview stage. I remember hearing my brother talk about his previous employer. ‘I was purposely made to clean the female toilets and both my boss and my colleagues refused to call me by my chosen name and  instead I was addressed by my former female name, even though they explicitly knew of my trans status’. 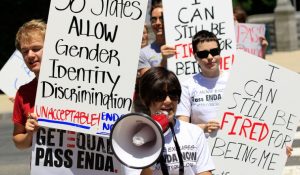 Its all about change

Embracing gender identity in the workplace…

There are many more examples like my brother’s, which is my issue. In today’s climate, where finding work is only becoming more difficult for job seekers – particularly for those that Lyfeproof seeks to engage – transgender discrimination is yet another unjustified reason to refuse their employment. Thankfully, there are many instances where action is being taken to combat this downright depreciative denial.

In the UK’s Gender Recognition Act of 2004 and the 2010 Equality Act, discrimination based on gender identity is officially recognized as unacceptable. Many large companies are beginning to develop zero-tolerance approaches to discrimination. There’s even a book by Jennie Kermode (Chairperson of Trans Media Watch – a charity encouraging positive media representations of the transgender community), called Transgender Employees in the Workplace giving employers guidelines for maintaining a fully inclusive workplace. 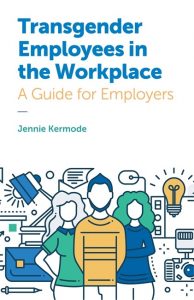 But whether our businesses, companies and franchises, will and are following such suggestions I am not too sure of.  What I am sure of, is that a job opportunity should at least be there. Importantly, it should exist as a result of their skills and passions; where as far as I am aware gender, has no bearing on your capabilities. Especially, where meeting the job spec is concerned.