Forget everything you think you knew about homelessness

Arguably, at a crisis point, homelessness conversations are on the rise, but what are people’s misconceptions of it? If any. After meeting and discussing the enormity of the issue with Angela Hunt who is the founder of SBC (Sunday Breakfast Club) an independent outreach project that seeks to provide both a hot and valuable meal as well as a listening ear to those sleeping rough ,Tiah Shepherd considers what this meeting revealed to her about what in fact is the reality of the situation. 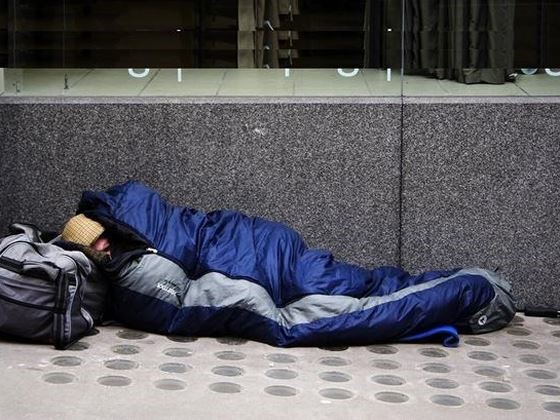 According to the recent figures surrounding homelessness around 4,751 people are estimated to be sleeping rough on any one night(Homeless Link).

We see the news reports, listen to the pleas for donations and most likely see at least one example on our way to school, work and noticeably Birmingham City Centre. Many of us may think we understand what it is, what’s being done to relieve the situation and what we perhaps all should be doing to help. Before I sat down to talk about homelessness with SBC founder Angela Hunt, I did. In just under 60 minutes, Angela managed to if not completely reform and remodel my outlook on the issue, an outlook I think we all need to as she stressed ‘open our eyes to’.

Misconception #1: Someone is homeless for 1 of 3 reasons: Drugs, dropout, delinquent.

Maybe we’re not entirely wrong in labelling the man or woman we pass outside the Bullring, begging from an old Costa cup as a drug user. Considering figures from Homeless Link reporting that from 2,590 responses from people using services in 19 areas across England, 39% said they take drugs or are recovering from a drug problem and 27% have or are recovering from an alcohol problem. So, perhaps the odd £5 they happen to receive from the one person that decides to stop, will feed their addiction. But, where we are wrong, is supposing that every homeless person is now asking for our change because they spent all of their own on getting their next fix. I’m being lenient with people here, myself included. By supposing, what I really mean is judging.

As Angela rightly emphasised, it is inherently within us to judge others and crucially ‘it’s always the negative’ that we see- homelessness more times than not finds itself on the receiving end of this. In turn, this has given way to a collective disregard, a disregard for the countless other routes that someone may have found themselves on, routes that lead them to call the streets their home. We can’t keep dismissing this, not when Crisis reports that people sleeping on the street are almost 17 times more likely to have been victims of violence, not when Mental Health Foundation finds that 32% of single homeless people reported a mental health problem and not when people like Angela have seen and heard the stories of as she calls them the real ‘road lovelies’(this being one of Angela’s many attempts to rebrand how the homeless are viewed). 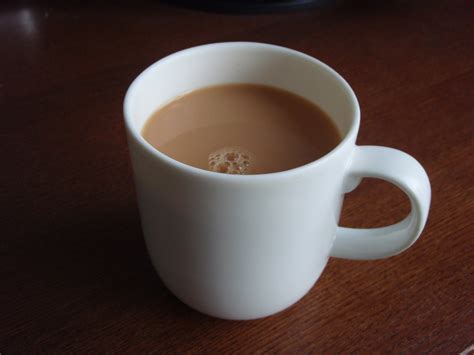 Misconception #2: You can solve everything with a cuppa.

You probably feel as though you’ve done your bit, if you can recall a time you decided to do something for a homeless person. You’ve given a rough sleeper something to eat. You bought them a cup of tea. Why wouldn’t you feel like the good Samaritan after this? How would you feel though, if you knew they’d thrown away that half a sandwich you couldn’t finish, that leftover from your meal out, that cuppa?

What Angela repeatedly reiterated to me, was that, it’s this kind of ‘stick a band-aid on it’ approach, that many adopt. That it is this approach, which is stopping us from making any real forward movements. The effort is being put on what we think people want- not what they need. What if I told you, that they don’t want your food, money even? What they actually want costs you nothing. From what I can see,there is somewhat of a divide between the homed and the homeless, when in reality we’re only a step away from being where they are and vice a versa. The way to unify these two ‘sides’?

For most and must I emphasise genuine rough sleepers, the last sort of interaction they had with someone else may not have been for days or even longer. Angela has recognised this, seeking to address it in her concise yet more than powerful 3 C’s approach: community, connections, cuppa( but the difference here is the cuppa is optional). Through talking with our fellow citizens, we can establish how to support them, we can make them feel like their not the stigma that deems them worthless and we can ascertain their real needs: not assume them.

Some people might think that there are certain things that cannot be fixed. That some issues are simply beyond the point of being helped. And if this is the case, there is no point doing anything. This is potentially what has happened where homelessness is concerned. Sitting down with Angela gave me the chance to understand and acknowledge homelessness for all that it has come to be. Admittedly, this understanding was merely adequate, limited by my own failure to expand it.

It’s not like homelessness wasn’t, isn’t and indeed, will not be something I only see from a news report. Instead, homelessness is right on my doorstep-it’s on the whole of Birmingham’s doorstep. As the second city, Birmingham is ranked 25th nationally for homelessness and Shelter says that 1 out of 88 people in the city are homeless. With this is mind, there’s no way for us to ignore it. So why does it feel like we’re trying to? Or is this feeling, really a culmination of our own inability to see what actually can be done? Optimistically, I want to say the latter. 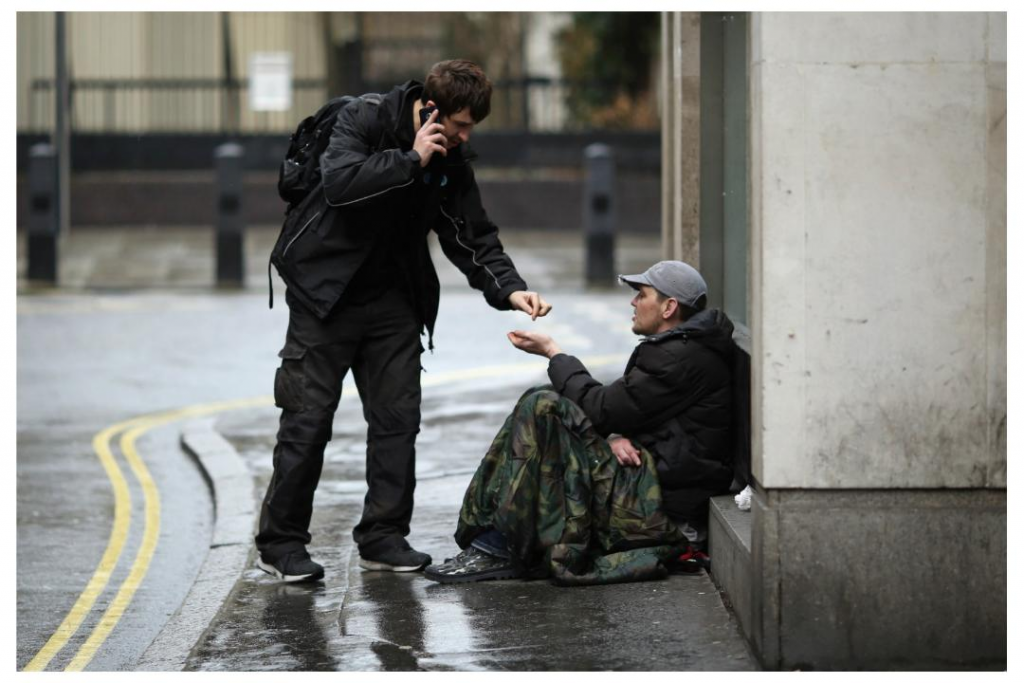 There’s a lot that can be done for homelessness.

… am I condemning those of you that have made a conscientious choice to stop on your journey and give whatever change you can find in the bottom of your purse. I’m certainly not advocating that you don’t offer a cup of tea, to someone you think needs it more than you. More so, what I took from my conversation with Angela is that she isn’t either. What I did take away is that we can all play our part, but the way we do so possibly needs re-thinking.

There is undoubtedly always going to be more than one approach we wish to take. However, we must first recognize that there is something that can be done, that’s not beyond us. And if you can’t see this consider the fact that Angela’s 5-year old grandson volunteers with his Grandma on a Sunday morning of SBC . So really where’s the rest of our excuses? Equally, you don’t have to vow to end homelessness- the truth is you couldn’t on your own anyway. But, there’s definitely a middle ground.

In keeping with her many awesome hashtags, I took a particular liking to Angela’s #inmypocket initiative. Explaining this, she urges people to think about what they could fit in their pocket. A Mars bar, a pair of socks, sanitary towels. An odd combination yes, but by no means could such overlooked things go such a long way. Beyond that there’s the obvious- volunteer with people like Angela and outreach projects like SBC.

I listened to her explain a recent holistic pamper day she put on. They offered haircuts, shaves and all round pampering for her road lovelies. I was both inspired and a little surprised at first. It showed me that it’s not all about soup kitchens but is about making a connection with someone. It’s about getting people together in order to link them to the help that is available. It’s about just doing something kind because you can. 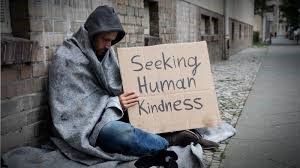 Anyone can do something to help the homelessness crisis.

So, maybe next time you pass someone homeless, your first thought this time won’t be, ‘druggie’. Maybe, next time you notice someone sleeping rough you’ll ask if they want whatever it may be you’re offering. Maybe, next time it will be you giving up your time and compassion for someone. And they will appreciate it more than you even realise. There are no guarantees, but there is the potential. All of us can better the lives of those living on the streets of Birmingham.

For more information about the amazing work that Angela does check out the following link: https://www.facebook.com/groups/1910305109216960/